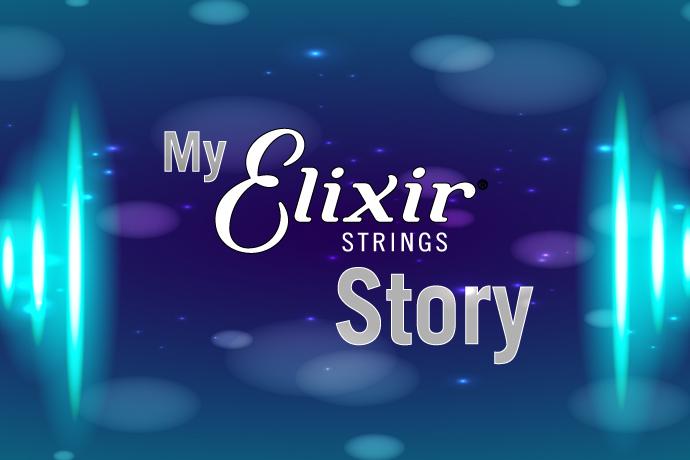 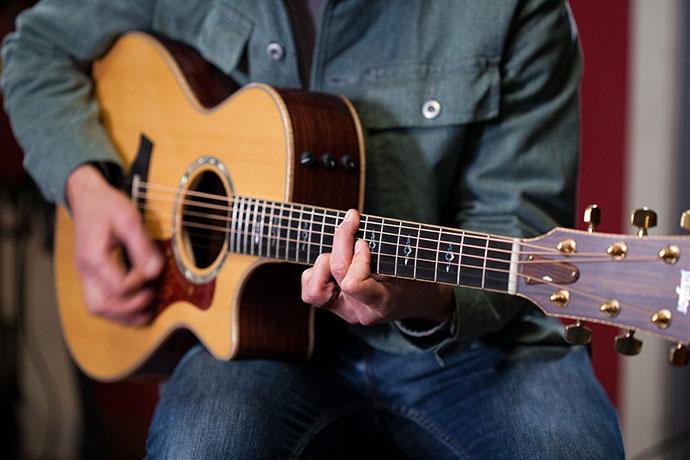 How does a company whose products serve NASA, Disney and all branches of the U.S. Military; a company that produces advancements for construction, agricultural and telecommunication equipment; a company that made its name by creating innovative, technology-driven solutions – from medical devices that treat aneurysms to high-performance GORE-TEX® fabrics – come to pioneer coated guitar strings? One of the inventive engineers at Elixir® Strings tells us all about it.

John C. Allen, R&D, NPD, Technical Leader at W.L. Gore & Associates, was an integral member of the Elixir Strings engineering and development team in the mid-1990s. John’s excitement is palpable and inspiring as he talks about the job, the innovations he contributed to and the joy Elixir Strings brings to his life – as well as the lives of countless other musicians. 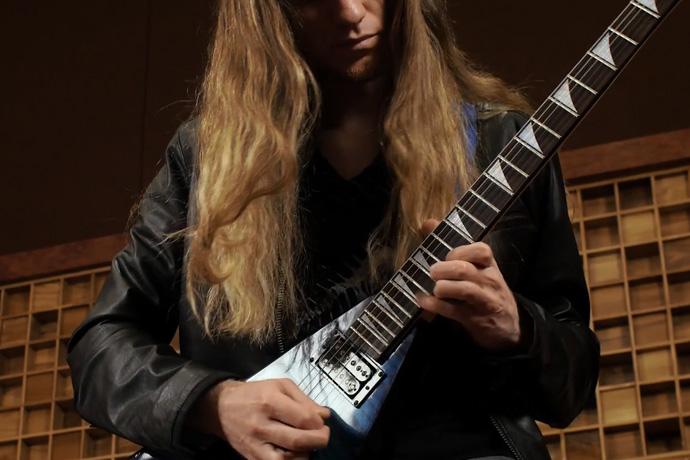 Some of the biggest names in the music industry entrust Ryan Huddleston with their sound. From pop superstar Taylor Swift and rock icons Train, to multiplatinum metal band Avenged Sevenfold, Ryan has worked with every style, on every level, providing a multitude of services.

“I’ve been told I’m a human Swiss Army knife,” Ryan laughs – but it’s no joke. Among other jobs, Ryan has worked as a guitar and drum tech, backline specialist, front-of-house engineer, computer technician, recording engineer and stage manager. And before he started touring as an international roadie, Ryan was employed in one of the biggest certified guitar repair shops in the U.S., working on as many as 100 instruments and amplifiers a week! Ryan has also released his own instructional DVDs titled “The Tricknology Video Series,” which teach a variety of skills for aspiring audio engineers and backline technicians. So when it comes to helping musicians sound their best, Ryan Huddleston knows what he’s talking about.

How did you develop so many diverse music tech skills? 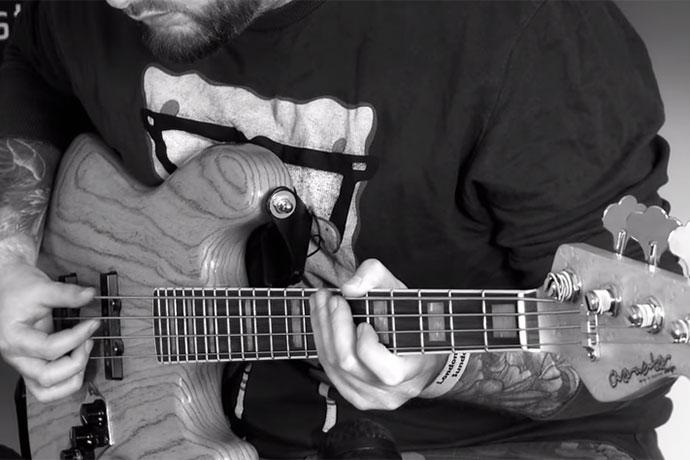 Bassist Chris “Fatty” Hargreaves grew up listening to everything from prog rock and funk to metal, jazz and everything in between. In his late teens, while studying jazz at Leeds College of Music, Chris became interested in music production and immersed himself in the study of electronic music and effects. As a result of his passion for electronic dance music, inventive production style, and innovative bass playing that employs a vast arsenal of effects, tones, and synth sounds, Chris has become a major figure in the hip-hop, grime, and dubstep scenes in England.

For the past several years, Chris has toured all over the world with pop artist Alex Clare, as well as his own band, Submotion Orchestra. He recently played bass for the David Bowie musical Lazarus during its run in England. Elixir® Strings caught up with Chris on his houseboat, on a typically wet and foggy London day.

How long have you been using Elixir Strings?

The Many Faces of Shawn Persinger 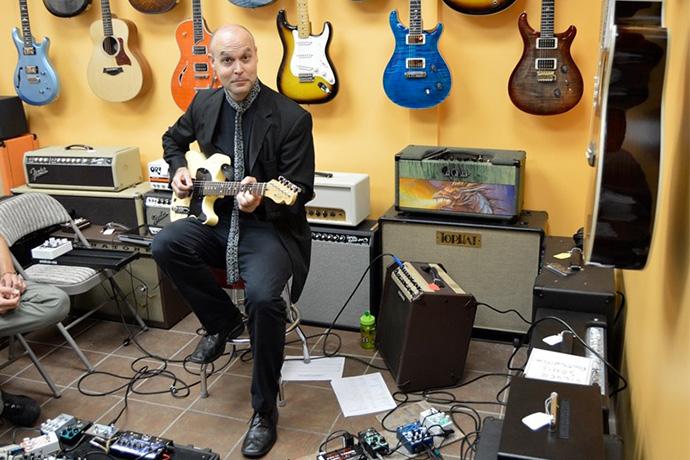 Progressive rock, “new” acoustic music, slide, jazz, fingerstyle, rock, country – it seems that guitarist, educator and writer Shawn Persinger (aka Prester John) plays it all! In fact, for the audio portion of his best-selling instructional book, “The 50 Greatest Guitar Books,” he did have to play it all. "I had to record lessons in the style of Steve Vai, Brad Paisley, Paco De Lucia and many, many others. Luckily, the examples are only four to eight measures – I can fake it for that long!"

Persinger maintains a busy writing schedule – he contributes to both “Premier Guitar” and Taylor Guitars’ “Wood&Steel” –  and also continues to create his own original music. His latest recording, entitled “Halloween Baptizm,” is a unique guitar quartet that features him, multi-tracked, playing all four guitar parts. Like his published lessons, the new release – which is like a blender of acoustic guitars playing the music of J.S. Bach, James Brown, Philip Glass and Frank Zappa – reveals his diverse musical interests

This past year has been a busy one for you. How many different projects are you currently working on? 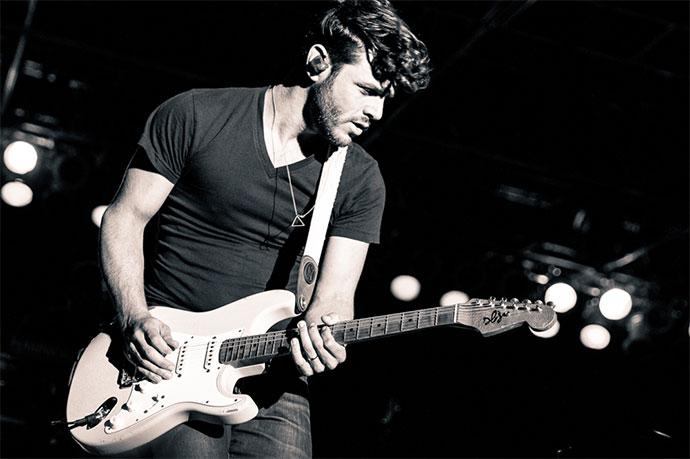 Greg Karas is one of the busiest guitarists working in the pop/rock music business today. You (along with ten million-plus other viewers) might have seen Greg playing guitar in Andy Grammer’s “Good To Be Alive (Hallelujah)” video, or perhaps you’ve caught him on a variety of television shows backing both Grammer and vocal girl group Fifth Harmony. Greg also played acoustic guitar on Toots & the Maytals’s 2008 Grammy-nominated song “Light Your Light” and has performed and/or recorded with an eclectic assortment of artists, from singer-songwriter Colbie Caillat to one-time Jimi Hendrix drummer Buddy Miles.

We caught up with Greg during a rare break in his tour schedule to talk about touring, strings and advice for beginner guitarists.

How long have you been using Elixir Strings?